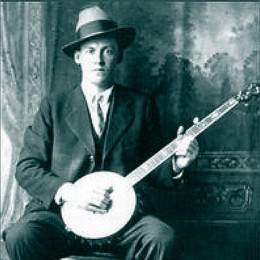 Moran Lee “Dock” Boggs (February 7, 1898 – February 7, 1971) was an influential old-time singer, songwriter and banjo player. His style of banjo playing, as well as his singing, is considered a unique combination of Appalachian folk music and African-American blues. Contemporary folk musicians and performers consider him a seminal figure, at least in part because of the appearance of two of his recordings from the 1920s, “Sugar Baby” and “Country Blues”, on Harry Smith’s 1951 Anthology of American Folk Music collection. Boggs was initially recorded in 1927 and again in 1929, although he worked primarily as a coal miner for most of his life. He was “rediscovered” during the folk music revival of the 1960s, and spent much of his later life playing at various folk music festivals and recording for Folkways Records.